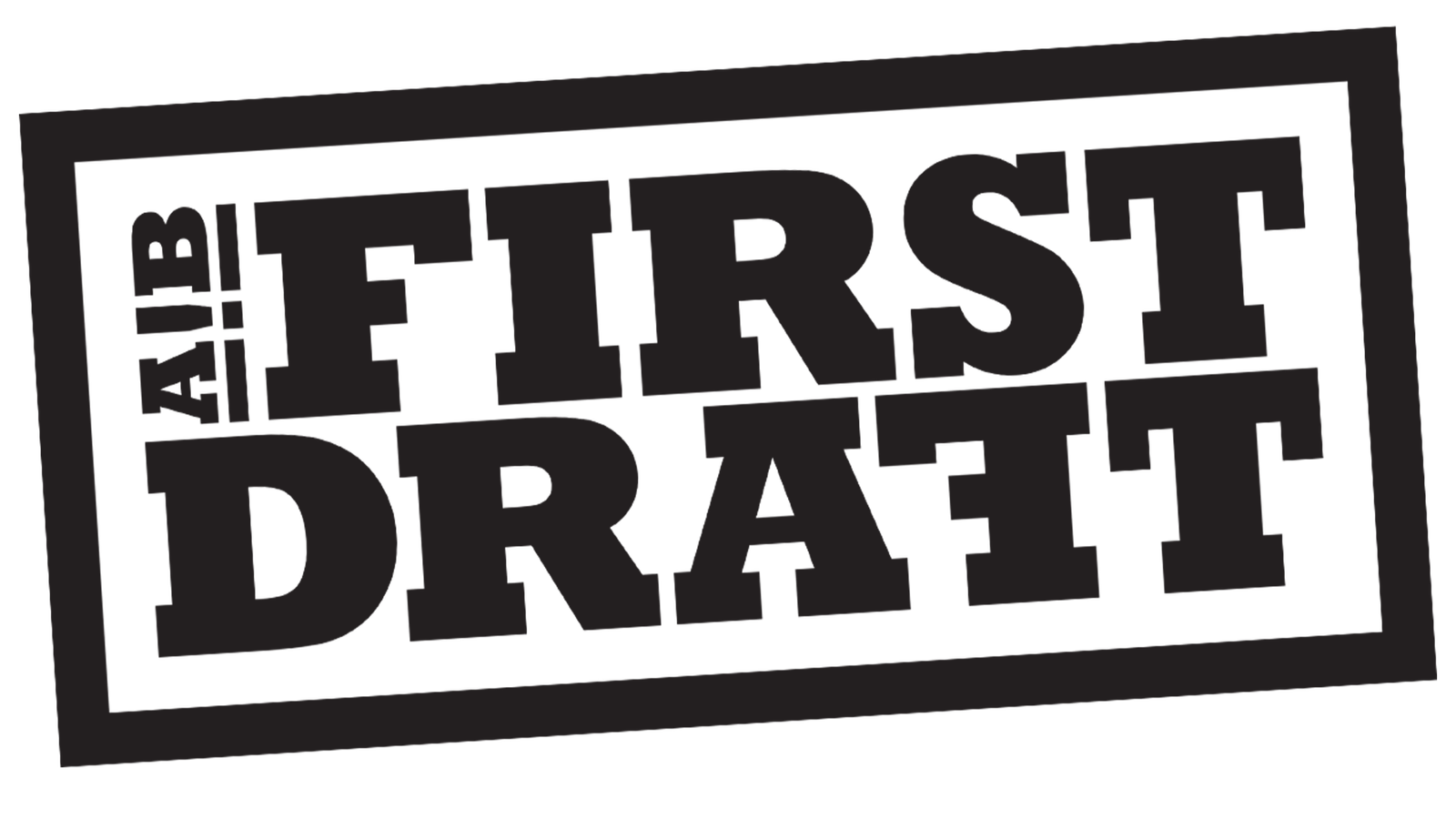 Like last time, I will share the test with you, guys. The only difference this time is that results are not out yet.  Yes, I am positive about it.

In case, if you wish to see my test of AIB First Draft Season 1

She is happily married now. My sister Heta has always been the ‘Apple of the Eye’ for everyone who talks to her. Although we are completely different from each other, she being nice & supportive, me being contradictory & debating in nature, we didn’t have any major issues in spending our childhood together. I admit it was possible mostly because of her forgiving & compromising way of living.

Short in height & dark in complexion, Heta is not the most beautiful girl. She knows it; she accepts it wholeheartedly. The nurture she had received in her adolescence was totally different from me. She was taught to be a ‘Nice Stereotypical Robot like Woman’ who doesn’t raise her voice in a patriarchy family and smile when men cracks even the stupidest joke.

She has a daughter now. Heta lives in the suburbs and hustle of Ahmedabad. Her dream city is quite bigger than her hometown & a small town Jetpur.

Not so beautiful as a model and not so smart to be a scientist, my sister is the most optimistic person I have ever known in my life. She ensures that what she speaks, sees & suffers is limited to her & no one should know about it.

‘My in-laws are great and gregarious. Your Jiju is adorable. The Anita aunty living beside our flat loves me. I am living my dream life. The naughty Prisha troubles me as she has just turned 1. I am learning to be a good mother, neighbor & a housewife altogether. I know I have gained weight after the delivery, it’s obvious you know. I have lost the count of days when I had opened Facebook. Bhavik, you know, Social Media wasn’t made for people like me. ’, she told me on the phone.

Story idea: The theme revolves around the determination & struggle of not wanting the daughter Prisha to suffer in future what Heta had passed through. The only obstacle is that she can’t or won’t be a rebel here; she can only make it possible with ‘love’, abundant love.

Beginning: Like every mother, Heta is in constant hustle to nurture her daughter in the preliminary developmental stage of life so as to make Prisha fit, fine and fabulous. The mother-daughter relationship can’t be more sacred if daughter’s genes match mostly with the mother. Prisha is not Daddy’s angel but her mother’s. Slowly, Heta can notice tiny signs and attributes in her li’l one that reminds her of childhood. Safeguarding that the love doesn’t divide, Heta & her hubby Chirag always let go off the thought of having a second child.

Heta ensures that Prisha gets the access to everything she desired.  In the back of her mind, she knew she has to let her daughter fulfill the dream of whatever she wants to be.

Middle: The family of 5 (with in-laws) is devastated when Prisha soon after she turns 18, reveals that she is pregnant. It traumatizes everyone, including Heta. The ‘love’ is at the stake & its toughest test. Prisha has decided ‘not to abort’ and that has totally brainwashed Heta of what all she has expected from life. The love of Prisha for her coming child has surpassed the love towards her mother.

End: Slowly & gradually, Heta understands that even love can’t be imposed, it’s just transferred seamlessly. She supports Prisha to raise the newborn Kia. Heta realizes that this act of selfless & unhidden element of caring is ‘love’ & not every time dreams are to be searched, chased & accomplished, sometimes, dreams itself is just ‘love’.

The alarm clock rings for about 5 seconds. Heta grabs the ‘Off’ button, not the ‘Snooze’. It’s 6:00 in the morning. She, in her gown, goes into the bathroom, brushes her teeth half asleep. She peeks in the mirror to see the dark circles that has started to form. Her brush stays in her mouth for about 10 seconds without any motion. She continues it then. She takes the shower, wears a sadi, and completes the 30-mins idol worship of Lord Shiva.

The clock shows 6:45. She wakes her husband with her soft hands.

She packs the lunch tiffin in the kitchen & watches her husband getting for the office. The blurred vision from the kitchen is the usual morning glow she has been habituated to see. Always on time, she gives Chirag the tiffin & a goodbye kiss with a lovely smile.

She waves her husband from the window & stays there until she sees Chirag taking a turn on the road after which he disappears. She closes the window curtains to ascertain that the sunrays that befall directly on their bedroom don’t awake Prisha. She looks at the clock & calendar aligned side by side & a note that read “First Birthday of Prisha”. The ticking of clock reminds her of many things she has to do before Prisha wakes up. Her in-laws are sleeping and she sees it with a faint smile.

It’s already 7:30. She walks fast & goes into the kitchen to make the necessary morning setting for the in-laws. While she is busy doing the rituals, she hears Prisha crying. She goes into the room & scares the pigeon away from the window. She sees her with a huge smile & moves the cradle. Suddenly, she realizes that she forgot to turn off the gas where milk is heated. She turns it off.

She sweeps the kitchen floor & then the hall. From the kitchen window, she gazes sun rays for few seconds.

It’s 8:00. No sooner did the mother-in-law gets out of the bed, she reaches out to help her give the hand to walk through the bathroom. The mother-in-law hesitantly walks to the sofa & waits for her husband to come.

Heta prepares tea for both when the father-in-law, with his stick, goes to sofa & starts reading the newspaper.

*Heta is in the kitchen*

*Chirag, Natvar & Sushila are sitting across a table*

Father-in-law (Natvar): I am going for it, Heta. You continue to make the breakfast.

Natvar (in low voice): Jai Jinendra. आने में कोई तकलीफ तो नहीं हुई ना? Did you find the taxi? You should have called, Satish ji. I thought कोन हे sunday इतनी सुबह को आया हे. And look, who are at my doors?

Chirag (looks at the guests & shouts): Honey, look, who’s here to surprise you?

Natvar: Satish ji, our breakfast is remaining. It’s good you reached on the right time. वो केहते हेना असली मज़ा सब के साथ हे. We will have it together.

Chirag: Both are good. Right, Heta?

Bhavna: Khakhra is delicious, Heta. Sushila ji, I wasn’t that lucky to get such taste in any of Heta’s cooking but after she got married, her lifestyle & especially cooking has improved so much.

Sushila: Isn’t that marriage is all about, Bhavna ji? You come to a new family, you observe different things, and you adapt to a totally new environment & set up a second innings of your life, knowing that there is no third. Aren’t we all same? But I must tell you though that Heta is a really good daughter-in-law. सब पडोसी भी कहते हे के हेता तुम्हारी बहु नहीं बेटी जेसी हे, क्यों बेटी?

Satish: Agreed, Sushila ji. Even Bhavna was same when she entered my life. Her father said that she gave up the painting hobby just for me. Was I so cute & lovable in those days, Bhavna?

Chirag: Mom, you know she’s a good singer. She reached district level in her college times. She is one talented girl, adorable daughter, caring daughter-in-law & a lovely wife. Right, Heta?

Natvar: I must also tell you that when Sushila was pregnant, everyone in my family told the same about her too. I think we have a competition here.

Chirag: You all are going to lose, Dad. Heta is the best. As far as our 2 years have passed successfully.

Satish: We can’t be gladder than this as parents, Chirag. It’s so blissful to see my little angel in the hands of a more caring family than us.

Bhavna: You know I cannot, Heta.

I was doing my school assignments as usual when I heard the sobbing of one of my neighbors. It was not the normal crying voice that I had ever heard; it was different. When I stepped out of my room, I could see people gathered around a body & I sensed the fear of somebody’s death, someone young. Well, I was 12 & I knew no one of my age living beside my house (call it the unfortunate childhood).

Then, I saw ‘Chocolate Uncle’ coming out of that home, controlling his tears & holding his wife’s shoulders.  Sunita Aunty shouted aloud, “Ajaaaay…”.

I was terrified when the sound waves hit my ears. Ajay was studying in Standard 3 & we had met few times casually. Is he dead? I questioned repeatedly to myself until I got the glance to his body as the crowd dispersed for taking him to the funeral.

I saw my Dad in the crowd & he was sad. I had no idea why I wasn’t informed about it. Would I have grasped the fact of death at that time? Certainly not, I am pretty sure.

That day changed my whole life. Till September 7, 2003, I was living in a different ‘Happy’ world. That day I faced ‘The Reality of Life’.

I thought that human beings come to earth, live their life & pass away when they become 70 or 80. My Dad used to say that if people drink or smoke or have dangerous disease, they can die 20-30 years early. So, 50 was the minimum age a human being should live, right? Then, why did Ajay left the world when he was just 11? Was something wrong with this world? Had some imbalance occurred in God’s cycle of life & death? Will I die early too? What would happen if I die early? The question revolved around my brain continuously & I was waiting for my father to answer it all instantaneously.

I remember that my father made up some stories to console me about Ajay. It was then I gradually realized the bitterest & saddest reality that you can die anytime, anywhere. That was a lot to take for an almost 12 year kiddo & I understood it totally when my father took me the funeral of a 12 year kid when I was 18.

Yes, like everyone, even I dream to be in AIB Team. Wish me luck! 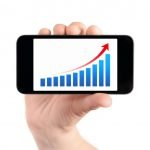 PrevWhat must Millennials follow – Passion or Reason?December 1, 2017
Preparing for AIB? Here's A Demo Test of AIB I failedDecember 4, 2017 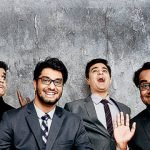