The Quality of F.R.I.E.N.D.S Character That Resembles Entrepreneurial Skills 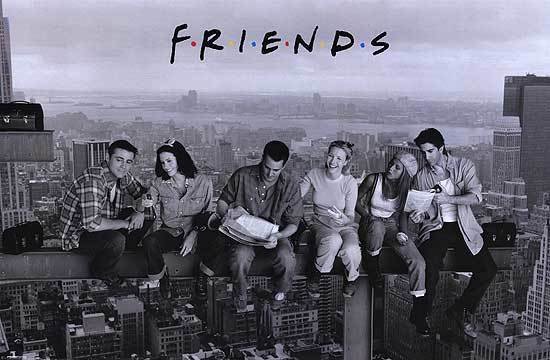 Ross, Rachel, Joey, Phoebe, Monica, Chandler. Do these names remind you of anything? Only one name in the prior list is enough to commemorate ‘Friends’. Yes, there have been many debates on which TV season is making the audience laugh out loud, or I would say, rolling on the floor laughing. The Big Bang Theory, Two and a Half Men, How I met your mother and Modern Family come to compete the ‘Six Character’s Story’. The fact that Friends has succeeded in surpassing all the daily soap has numerous reasons. It integrated every possible human emotion. Well, then there is something every entrepreneurs should learn about. Yes, First Generation Entrepreneurs always endure different hassles and find themselves in diverse cages.

I will comprehend a unique quality of each character that can assist leaders to come out of their critical conditions and be good trouble-shooters.

‘Trust me. I would be the last person to disguise you and the first one to rely on.’

Whatever the case and how critical the situation is, Ross is a trusted member of all the juggling characters of Friends. Entrepreneurs don’t breach their boundaries as reliability is one of the key attributes they ought to possess in order to gain the confidence of their clientele or, sometimes, customers. Leaders must also take good care of their team members in order to maintain their reliability.

‘Perhaps I should do something on my own. I don’t need my father’s financial support anymore, I guess.’

Though she was naïve earlier, she stood on her feet after she realized the joy of doing something on her own. She was characterized by ardent emotions, but just like the candle emitting light as a result of being heated, she proved her worth and fit herself in the industry she was meant to be. The Real-life entrepreneurs don’t do anything different than Rachael as they might fumble in the beginning but the passionate approach towards their goal guides them to arrive at the desired destination. ‘You burn and  you glow’ makes you incandescent.

Jolly, Jaunty, and Jubilant; he is the one who laughs and actuates our nerves to relax. He cracks jokes, comes up as innocently as he is, and behaves naturally. Leaders like Elon Musk, Richard Branson, Bill Gates, and Mark Zuckerberg have a plethora of things to worry about; they need to loosen it up. Being like Joey gives them the freedom to ask everyone ‘How are they doing?’ and eventually lightening up the stressed up work-space around.

Remember Phoebe trying to teach Joey the French language? She was irritated, yet she had the power to induce a positive belief in him. That’s what smart entrepreneurs do. They are dynamic and propellant enough to incite their dreams in others so that it becomes a ‘Team Dream’. Her elementary way to seek attention while playing guitar, and her humble representation of the trouble she faces; it explains one certain thing that she was persuasive. Wise leaders should have it. The above quote is the entrepreneurs’ “Every drop makes an ocean”.

Yes, there are certain things called ethics and morals; in business, we call it ‘Rules’. We should abide by certain principles just as Monica used to clean every particle of dust around her. She believed that it satisfied her. Contentment is what entrepreneurs thrive for. To achieve this, they have to follow certain conventions and patterns which are mandatory to perform in the professional world.

‘Probably I will do a job I am good at’

During his boring job, Chandler realized that he is good at sarcasm as well as cracking spontaneous jokes. He then decided to pursue his career in the advertising industry. It is never too late, they say. Entrepreneurs should not bump in any commercial section. They should go along the way they are good at and use their creation when it’s necessary. ‘Doing the things you love matters more than loving the things you do’. 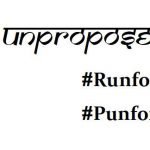 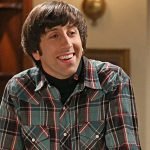