Donald Trump’s Presidency and its Implication for India 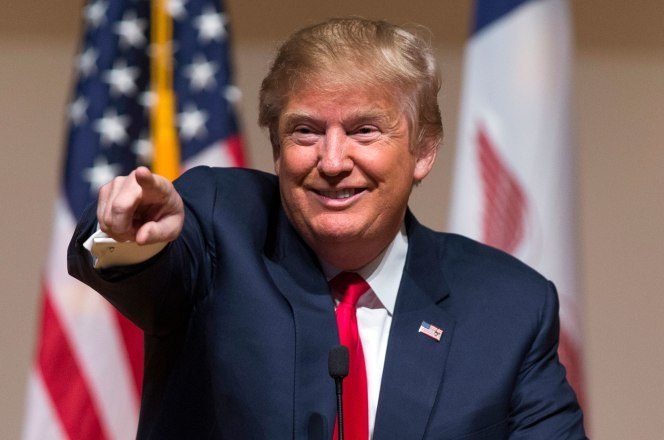 Donald trump was elected 45th president of the United States in a stunning culmination of an explosive , populist and polarizing campaign that took relentless aim at the institutions and long held ideals of American Democracy . This was surprise outcome , defying pre-election polls that showed Hillary Clinton with a modest but persistent edge. Donald Trumps unexpected spectacular victory has raised many eye-brows across the world and there is a widespread speculation on about what will be America’s future policies and how this will impact the rest of the world.
The result’s amounted to repudiation , not only of Mrs. Clinton , but of President Obama , whose legacy is suddenly imperiled . Many psephologists view this election results as a decisive and collective demonstration of power by a largely overlooked coalition of mostly blue color white and working class voters , who felt that the promise of the United States had slipped their grasp amid decades of globalization and Multiculturalism.

“We have a lot of people here tonight from the Indian community , Hindoos. We did great with the hindoos.” Trump said while addressing thousands of his supporters during a “Thank You “ rally in Orlando , Florida , the key battle where he emerged victorious. Fortnight before the elections , Trump attended a charity event organized by Republican Hindu coalition to raise funds for Hindu victims of terror in Kashmir and Bangladesh . This was the for the first time a presidential candidate attended an Indian-American event . In his address Trump pledged to work for the betterment of Indo-Us relationship and said he would be the best friend of India in White House . He praised prime minister Modi for his economic reforms and steps he has taken to remove bureaucratic red tape . Donald Trump also visited temples in Florida and Virginia .

It goes without saying that in arena of International diplomacy the relations between Nations also largely depends on personal Chemistry between premiers of both the countries . Indo-US relationship witnessed a new low when Richard Nixon and Smt. Indira Gandhi were at the helms of affair of US and India respectively . It was largely because of personal Dislike that Richard Nixon harboured for Smt. Indira Gandhi . To the contrary world witnessed a very warm Indo-US relationship when Narendra Modi was elected Indian prime minister and Barack Obama was at the helm of affairs of United States . Both the leaders heaped much praise about one another and Modi- Obama Bromance was much widely talked about in International Media. The fine tuning of personal chemistry between both the leaders also helped in propagating mutual diplomatic goals .

Now with change of guards in Washington , the policy circles in New Delhi is already speculating as to how Donald Trump’s presidency will affect the world at large and India in particular . The statements issued by Donald trump during his high voltage election campaign had resulted into hue and cry not only in American media but it also did sent shockwaves in International media. As Donald Trump takes oath as 45th American President the World community is eagerly awaiting as to what will be the new American policy and how will it affect the world at large .
AS of 2015 , there are nearly two million Indian immigrants residing in the United States .

Every year almost 1,32,888 Indian students go to United States to pursue higher education . There is a very large Indian community in United States , and it does send a very large amount of remittance. As of 2015 , Remmitances to India stood at US$68.91 billion , accounting for over 4% of the country’s GDP . A total of US$8.476 billion was made in remittances by foreign workers in India to their home countries .As of 2015 , United State’s trade in private services , with India (exports and imports ) tottaled US$30 billion.

Services exports were US$12 billion , services imports were US$19 billion . Today India is $100 billion IT power house . It makes up 7.5 percent of India’s GDP . A lot of this business depends on outsourcing by IT giants of the United States . India’s IT-BPM sector accounted for 56 percent of the world market in 2015 . A major chunk of these outsourcing pours from US IT giants . The H-1B is non-immigrant visa in United States . It allows U.S. employers to temporarily employ foreign workers . As of 2016 over 10 million Indian professionals are working in United States on H-1B visas.

It goes without saying that Donald Trump’s policy cannot be seen in isolation and it will have significant effect on India also . India , like other major powers , will have to carefully monitor how the Obama legacy morphs into the Trump inheritance and the degree of continuity in past policies .

Trump during his high volatage election campaign had bitterly criticized United State’s H-1B visa policy and outsourcing of jobs by US companies . Now going exactly by his words Trump introduced H-1B visa Reform Bill in U.S. House of Representatives , that will effectly cut down the number of H-1B visa entrants into United States . This legislation has been introduced to more than double the minimum salary of H-1B visa holders from the current figure of $60,000 to $1,30,000 .

While on the face of it , this looks good , this move was made in a bid to stop American firms from hiring less expensive foreign labour , including from India . The biggest benificiaries of H-1B visas are Indians followed by Chineese. In 2014 , 70% of total H-1B petitions approved were from India . Nearly 86% of the H-1B visa’s issued for workers in computer occupation go to Indian workers . Indian Outsourcing firms such as Infosys , Wipro , Tata Consultancy services, will be badly hit . This move of Donald Trump is going to for sure adversely affect India .
During the election campaign of Donald Trump one thing that caught media attention was Trump’s promise to reduce the U.S. corporate tax from 35 percent to 15 percent . Now this if actually done could result in companies like Ford , GM , and Microsoft rushing back to the United States . This rush of US firms will be a jolt to Modi’s Make in India push.

Trump during his election campaign had taken a very strong stand against fundamental Islamic terrorist groups. Further Trump discredited Pakistan by calling it a “safe-heaven” for terrorists . Trump during his entire election campaign had been very vocal about terrorism. Then there’s the fact that Trump has openly expressed dislike for Pakistan . He’s really suspicious of the country. “India is the check to Pakistan ,” he once said in an interview , reportedly. “ You have to get India involved … They have their own Nukes and have a very powerful army . They seem to be the real check.” This distrust for Pakistan can work in India’s and World’s favor.

Personal chemistry between leaders also play a major role in defining relations between countries. Donald trump had publicly praised Narendra Modi and his economic policies . Donald trump has also heaped much praise about Hindu community and also expressed his admiration for their entrepreneurial skills.

“The Hindu community has made fantastic contributions to world civilization and to American culture and we look forward to celebrating our shared values of free enterprise , hard work , family values , and a strong American foreign policy,” Trump said in a statement . Time will only tell how much of this political rhetoric is turned into reality . But it can be said without doubt if these positive attitude of Donald Trump towards Narendra Modi and Hindu community continues after he assumes the office of President , it will provide a great boost to Indo-US relationships .

Further Donald Trump’s strong stand against China and repeated criticism of China during his entire election campaign is also seen as a plus point for India by diplomatic circles in New Delhi . During his campaign Trump often targeted the policies of Chinese government , blaming them for loss of jobs in America. He discredited China of being national currency manipulator . Trump also severely criticized China’s expansionist policy. Many foreign experts believe Washington needs India to counter China’s growing dominance in Asia. Well this situation can be exploited to cement a strong Indo-US ties , in order to confront China and put limitations to it’s expansionist policy .
There has already been much speculation as to how Donald Trump’s presidency will have it’s implication for India. Many experts believe that it will be a mix-bag of implications . But time can only tell what will be Donald Trump’s policies and how will it impact world at large and India in particular . Till then keep your fingers crossed and hope for the best . 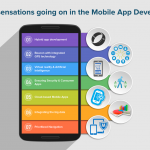 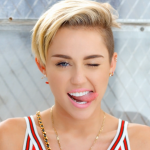