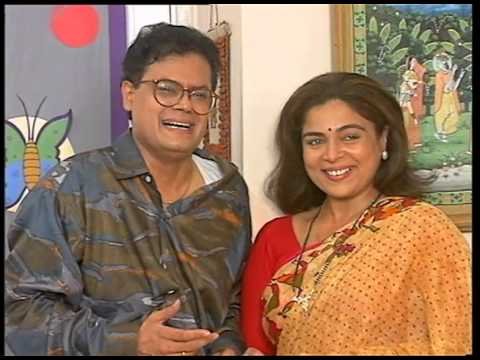 The story surrounds around the 2 children of Mr.Batra- Samarth & Jenny: clever, wise and intelligent enough to grow+glow in their career. The Lifestyle of a small town (Jamnagar) in Gujarat restricts Jenny to go abroad for Higher Secondary Education as a result of which Samarth being younger brother takes off for Canada.

The only hope for their Parents –Samarth had completed 5 years in Canada while in Jamnagar, Jenny had taken immense care of their parents but it was time for her to get married and so was the time for Samarth to return back.

The story takes the U-turn when Samarth comes back with the news that he was already married due to the critical circumstances prevailed there. The marriage of Jenny was the mandatory ceremony as the girl had touched 26 and it’s bad prestige for any girl in Gujarat who is more than 28 and unmarried. Jenny strongly resists obeying the marriage proposal for their parents will be alone forever because Samarth’s accidental wife had filed a petition to stay lifelong with him in Canada.

Itna Bhed Bhav Kyu? Circulates around the custom of typical Gujarati tradition where in Boys are given more privilege than girls though the “Dikri Parku Dhan” (Gujarati quote which means that Girls are the form of debt money which is to be given to someone else after the nurture from birth to her marriage)

The story has no end as the girl starts to live her marriage life as if it’s her second innings. She starts to exclaim her Father-in-law as ‘Father’ and ‘Mother-in-law’ as ‘Mother’ : shows the irony of the tentativeness in her life as she can never forget her first parents but caring the second one would be her ultimate goal till death & when she would die, she might whisper “Itna Bhed Bhav Kyu?”

The tale revolves around a girl Siddhi who lives in the Central Mumbai toiling in the train to stand still & walking a dozen km. every day enough for any gymnastics to exercise. Her life was going smooth until one day when she was coming back to home from work; she finds one cute little cat hiding from the dog being prey.

The tiny room of 12 feet by 15 feet was less than enough to accommodate mother, father, grandmother & her but she somehow managed to do the nurture of the amazing looking Cat. Karma-what you give, you will get back with the Compound Interest & that’s what happened one day. She uploaded her selfie with her Cat on one of the Social Media & BOOM she got hundreds of likes & comments.

Cat who was having black & white fur with the smartest & the most magnetic gestures to perform got popular in her Chawl. She finally decides to do the portfolio photography with the Cat & will sell it in the Market. The fortune favored her fate & within the blink of an eye-fraction of timeframe, the girl was living the sophisticated & luxurious life.

The story doesn’t ends with the popularity of Siddhi or Cat but gives the ideal demonstration of the worthy care one takes for another. Then after, Siddhi became the role-model and Cat was the Celebrity proves nothing but justifies the quote “ Duniya Jukti he, Jukana wala Chahiye”

The episode wise fable is about two family living side by side –One very rich & one very poor. The God has decided to see the world in the form of human & to feel proud of how beautiful his world is.

Primarily, he enters in the Rich one to ensure that he has everything but while God steps inside the main gate-he felt invariably silence as if the house is haunted , A woman is busy going for her kitty party, Husband already for 15 days Company meeting where as Children are watching what they shouldn’t & the Grandmother –Grandfather are sitting in one corner as a Perfect Statue. A paid woman is there for the nurture of 1 year old boy. 4 Year old girl craves and starves for Cell phone to have in her pocket & she gets it after an hour or so; though unsatisfied after 6 days or so she demands more & more, father have to drink alcohol to get sleep, Teen girl comes late from Party night, Boy is never asked for where he was- This goes on …until God decides to see the ‘Other Human’

The ’Other Human’ was not extra happy at all but the precious form of God- Small child was breast feeded by  her mother , husband must have worked very hard as he falls asleep playing with his children & mother telling the night stories to them curling her lil champs-angel, small child of 1 is happy with the game his 6 year old brother makes him to play-No matter the bucket has no wheels to run like a bike or boost like a car but the enthusiasm of the brother to make his small ‘Bro’ Laugh was ecstatic

The God felt pity on both of them as one is happy with nothing & other is sad with everything- What is happening in the world? I have to come down or sent my people to change it

So the God comes down with the strategy to change the impossible looking situation. The heavily loaded human are ready to compete him & decline the things God wants to convey….