Why is Arvind Kejriwal so pessimistic? The very essence of the establishment of Aam Aadmi party was to disparage the prevalent system of Governance and in process devise new alternatives or methods of governance that would be suitable to the country. When Kejriwal established the Aam Aadmi Party, he made it very clear that the prevailing system does not cater to the needs of the public and would be harmful in long run. Criticizing governance is not essentially a bad thing, as it exposes the ruling party and strives to create a better and a more conducive system of administration. However, what Kejriwal didn’t do was propose alternative methods to the existing system which he so publicly condoned. Critics are many, but those who actually provide a solution are the real leaders. Hence, many consider him pessimist for not providing results but merely mocking the government.

There can also be a counter point to this argument. Most of the times, we hear media (print or electronic) sensationalizing news to the point that it hardly seems realistic. Creating uproar in order to gather more views is a common ploy employed by most of the disseminators of news. Since most of the facts provided by AAP and Kejriwal are sensational in nature, exposing the dark sides of the government, they are disappointing and with media overstating them, people get a general tendency that Kejriwal is pessimist in nature, one who always criticizes the government.

Consider the recent example, Kejriwal has alleged that Modi has taken bribe to the tune of 12 Crores during his stint as Chief minister of Gujarat, thereby deriding the recent demonetization move by the PM. Since the move against black money (demonetization of 500 and 1000 rupee notes) has been considered to be a beneficial move, even if the allegations of Kejriwal are considered to be correct, they would still be regarded as pessimistic as it goes against the general tendency of people who believe Modi’s move against black money is favorable to the country.

The dictionary meaning of pessimism is to expect the worst in everything. It is a tendency to expect that no good will come out of a particular act.  Now, if one considers Kejriwal’s stance for the past four years, one can easily come to the conclusion that he has most of the times derided nearly every policy of the government, and that may be the reason why people consider him pessimistic. 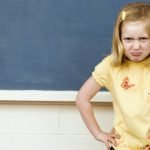 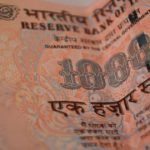