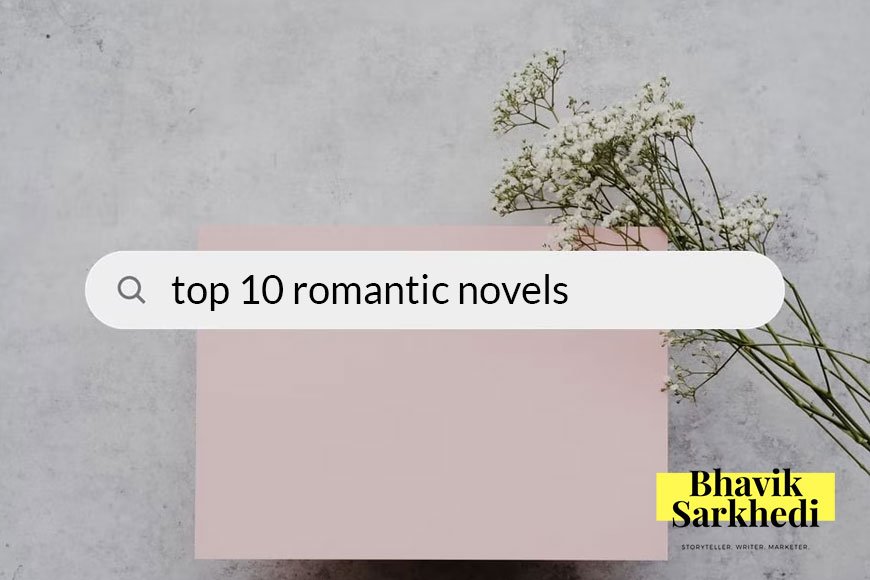 In India, teens are influenced mainly by love stories and rom-com storytelling. As it is the age in human life to experience these emotions for the first time and explore them in and out. Teenagers long to experience love stories and wish that they end up being part of one. Many authors like Chetan Bhagat, Ravinder Singh, and Durjoy Datta are some of our country’s most celebrated romantic novel authors. For the Indian teens and college goers who wish to explore the fascinating aspect of life, which is love, we have come up with the top 10 romantic novels for teens and Indian collegians. The list focuses more on how easy it would have been for young adults to read romantic novels and prepare a lot from a beginner’s point of view. So, let’s get started.

The Unproposed Guy: Meet the Lame Loader Next Door

By Bhavik Sarkhedi and Suhana Bhambhani

The Unproposed Guy is a breath of fresh air regarding content, relevance, life-saving approach, and a message to today’s teens and young adults. The book is about Kevin, co-authored by Suhana Bhambhani, a former investment banker with Bhavik Sarkhedi, one of India’s top content writers. He is an unapologetically funny guy who takes on his journey of ordinary life when he finds out he is experiencing a wave of Existential Crisis. Many other characters will join you in this roller coaster reading experience, which tells you how imperfectly perfect Kevin is. The book starts with Kevin’s wedding day and will take you to an unreal experience. Since it is a fresh arrival, and already in the best seller list, grab it now to have a new reading experience.

The boy who loved

The Boy Who Loved is the first instalment of two books by Durjoy Dutta, and the story is irresistible for any reader who would come across this book. Raghu had a bad experience of not helping his best friend when he drowned in the swimming pool, which haunts him, keeping him far from making someone close to him as a friend or lover. But when Brahmi appears, he can’t help but care and long for her and eventually start loving her. But life has ways to tell you that you can’t control everything, which is what happened to Raghu. He needs to fight his fears to come back to life, and as a reader, you will witness the most unreal story experience in this book.

Two states by Chetan bhagat is probably the most relatable love story in the Indian demographic I have read. It’s not just about the boy and the girl, who, in this case, goes by the name Krish and Ananya. They are perfect with each other, love each other, and are sorted with themselves. They want to get married, but the families in India that are from two entirely different cultures, beliefs, preferences, and expectations will make their path to marriage quite hard and unwanted for a long time. Turning rebellious against their families is not what they want but convincing them also makes Krish and Ananya go crazy and hopeless. What should they do? If they couldn’t convince them, the families’ hearts melted for their children’s love. It is what you will sign up for in this beautiful book.

It’s All in The Planets

In some stories, destiny plays a vital role, and you can’t help but be a part of it. It’s all in the planets by Preeti Shenoy tells you how destiny can make two people from different worlds cross each other’s path and get involved in each other’s life for some time; little do they know that this is not what they are doing themselves. It’s about Nidhi and Aniket partnered with two different persons but asking Nidhi to help him be better for his hot girlfriend, Trish; Aniket has changed the course of life, making these three get involved with each other and creating a huge impact. You need to read it for what role destiny plays in their lives.

Dimple Shah is set to start his career as a web developer and prefers to be independent first, contrary to her parents, who want her to get married soon. At the same time, Rishi Patel believes in the institution of marriage, so much so that when he learns that his parents and dimple parents have planned their meeting in a summer program for aspiring web developers, he couldn’t help but get excited enough. As they meet, they eventually fall for each other little to knowing that things will change soon. How they both managed to be there for each other is what the story’s premises and relevantly portrayed by Sandhya Menon, the well-deserved author.

A Touch of Eternity

The book reveals the concept of lovers being each other’s soulmates, adding a scientific touch featuring experiments where body and soul can finally meet. Driven and Anvesha were born on the same day and quickly learned that they were meant to be together. It is hard for them to convince their parents about the same, leaving them only with a choice to participate in this science experiment. How things are unveiled from there is worth reading in this book named A Touch of Eternity by Durjoy Datta.

If It is Not Forever, it is Not Love

By Durjoy Datta and Nikita Singh

The book is a suspense thriller only to experience love in its strongest feeling. The book has Deb, his girlfriend Avantika and his best friend Shrey, but it’s not about them. A bomb blast in Delhi’s Chandni chowk jolted Deb from within and shocked them for weeks. He seeks a revival of belief in life, and that is when he finds a burnt diary in the bomb blast premise days after. The pieces he found that day reveal something more critical about the guy whose last word Deb witnessed in the diary remains. Now, Deb happens to hop on this road trip with Shrey and Avantika only to put together the pieces of the diary and the dead guy’s irresistible story.

I Too Had a Love Story

Ravindra Singh, through this novel, is telling his love story based on a time when there was no internet, and people often fell for each other and promised to be there forever. Ravin and Khushi were about to get engaged after their love blossomed to an unimaginary level. Families were also involved, and the celebration was at its peak when something happened an evening before the engagement, and things fell apart, having no idea what could be the best thing to do from there. Making the reader so interested in the story, Ravindra Singh wants to tell you a beautiful and honest love story which surely wins over your heart.

When Love Finds You

When Love Finds You is one of the effortless reads for young adults by Yashodhara Lal. The author narrates the story of Natasha. The on-job personality of the latter will surely give tough competition to the male-dominated corporate space. But with no reasons revealed, the promotion she was waiting for is awarded to another guy named Rishabh —- a people skill to master. Disappointing with what just happened, Natasha is now working under him and having an annoying time at the job. But there is also something that keeps things going. Another guy, Nikhil, who is charming but can’t get the easy type, enters the world of two. Now Natasha is dazzled between these two, making the book a corporate drama and highly relatable to everyone.

Another loved novel by Chetan Bhagat is Half Girlfriend, which he came up with in 2014. Half Girlfriend is a story of Madhav and his quest to win over his love name Riya. Madhav and Riya are utterly opposite from each other in every way. Madhav is a Bihari boy who lacks some mannerisms about how to approach anything. At the same time, Riya shows class and stature and crosses paths with Madhav at St. Stephen college in Delhi. What started as a first-sight love soon became Madhav’s obsession, and wanting Riya to love him back at any cost. Although Riya likes to spend time with Madhav and not judge him for his background, she feels hard to fall in love with him for some time. The story takes you to Bihar, Delhi, and to New York to explore how life gets them back in their life after a long break. Rest you need to read the novel to experience the love story of a small-town boy.

So, you have the list, you just have to take your pick. The top 10 Romantic Novels for Teens and Indian Collegians. Which one is it going to be, for you?? 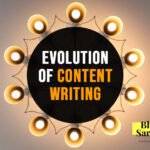 PrevContent Writing Services: How They've Evolved and What to ExpectSeptember 23, 2022
How to become a Digital Marketing ConsultantDecember 12, 2022 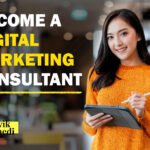 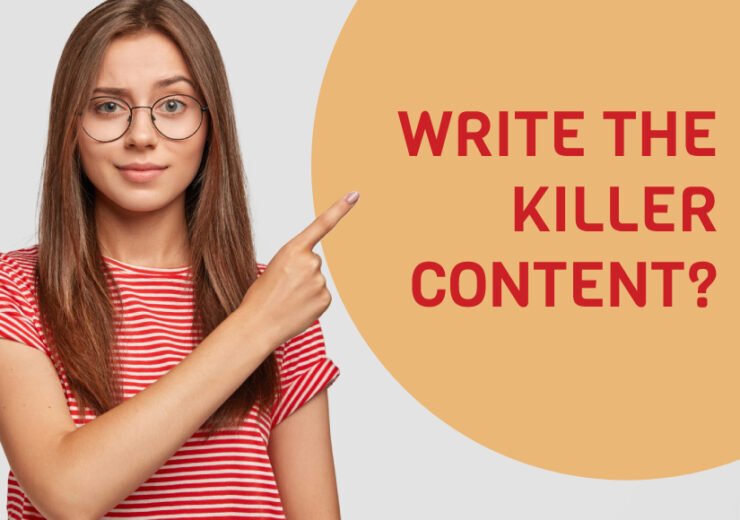 Struggling to write a killer content? Now you don’t have to because we have brought to... 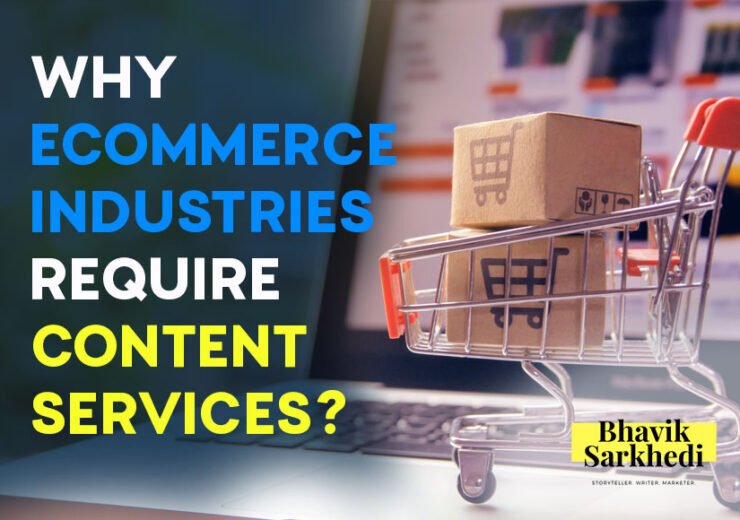 In the fast-paced world of e-commerce sales, content is king. In today’s...